Brookfield sues the Pinnacle for £16m 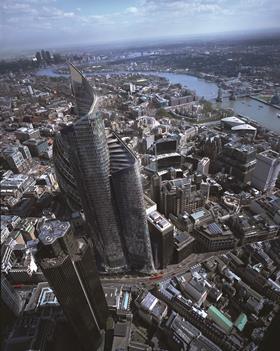 Contractor Brookfield is suing the owners of the stalled £1bn Pinnacle tower development for breach of contract and is claiming £16m in unpaid fees, Building can reveal.

Court papers, filed at the Technology and Construction Court, state that Brookfield Construction UK, the main contractor on the project, is seeking to recover four separate interim payments for work undertaken under its £593m building contract for the 63-storey tower (pictured), which if built would be the tallest in the City of London.

The court papers state that the contractor is seeking to recover £14.95m in unpaid fees from The Pinnacle No 1 Ltd - the special purpose vehicle that owns the scheme and which is named as the first defendant. A second parallel claim for £15.58m was also made against parent companies The Pinnacle Holdings Ltd and The Pinnacle Ltd, who are named as the second and third defendants. All three are companies set up by the client (see box below).

On top of the payments sought, Brookfield is also seeking interest accruing at £1,916 per day from 23 July 2012, bringing the total claim close to £16m.

The court action is the latest in a long line of troubles to hit the Kohn Pedersen Fox-designed Pinnacle tower. It comes nearly a year after construction work on the tower halted, when the client was unable to secure finance to continue the project. It was the second time construction had been forced to halt, after an earlier delay in 2011.

The core of the 288m tower has been built to just seven storeys and Brookfield has vacated the site entirely and removed all its livery - a move that is understood to be driven by embarrassment at being associated with a project now known as “the stump”. It is unclear when the development will restart.

It is understood that Brookfield’s £593m fixed-price construction contract is in two parts and the contractor is now looking for assurance that the second part can be fulfilled. If it is not Brookfield will expect to receive a multimillion-pound break fee.

A source close to the project said the contractor was now trying to force the issue: “Clearly, Brookfield has run out of patience. It wants to be paid and is trying to bring things to a head.”

The developer Arab Investments, which represents the client, and Brookfield declined to comment.

The Pinnacle battles for finance 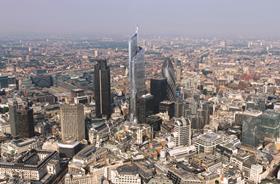 The future of the £1bn Pinnacle has been shrouded in uncertainty since construction on the site halted at the end of last year. However, the development - a joint-venture between SEDCO, a Saudi Arabian fund manager, and a sharia-compliant fund managed by Pramerica - is set to reach a crucial juncture next month.

As Building’s sister title Property Week reports this week, the original £140m loan taken out with German lender HSH Nordbank to fund the acquisition of the site matures in November - and having been extended twice the bank is now stepping up efforts to have the debt repaid.

This comes after a consortium of banks led by HSBC halted efforts to put together a debt package for the scheme earlier this year when a 33% pre-let for the scheme could not be found.

This left the project in a Catch-22 situation: banks will not fund the development unless a chunk of equity is put in or a 33% pre-let can be found; occupiers will not take a pre-let unless there is certainty of new equity and bank finance; and new equity is unlikely unless the scheme is derisked through a pre-let or debt finance.

HSH and SEDCO are now looking for prospective buyers. But with the scheme needing to be leased at rates much higher than the City average, it may need to be scaled back to make it feasible. All of this has left Brookfield waiting - and the court action suggests the contractor’s patience has worn thin.