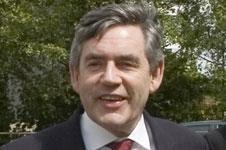 The government is to re-examine a decision to end compensation for people with pleural plaques, an asbestos-related lung condition that can lead to cancer. A consultation document is to be published on the matter.

The move follows a ruling by the Law Lords last October that compensation for pleural plaques should end, which met with an angry reaction from unions.

During prime minister's questions, Gordon Brown said he is “determined to take some action” on the issue and will meet a delegation of MPs who have been campaigning.

When Labour MP Stephen Jarrow asked Brown about the decision, he replied: “Asbestosis and mesothelioma are terrible diseases, and all of us who have seen the effects that they cause know that we have to do more to help the victims of those diseases. On pleural plaques, we are looking at the matter at this very moment. We will publish a consultation document soon.”

However, Ucatt is concerned that a consultation could slow down the process to overturn the decision and cause delays to claims. It has called for a swift consultation and fresh legislation to compensate people with the condition and trace their insurers.

Alan Ritchie, general secretary of Ucatt, said: “Last year the Law Lords, delivered a cruel attack on thousands of ordinary work people, made ill by callous employers. While I appreciate that the government is now looking seriously at the matter, we need swift action. The clock is ticking for asbestos victims.”

Pleural plaques is a scarring of the lungs caused by long-term exposure to asbestos. One in seven people diagnosed with pleural plaques will develop fatal lung cancer mesothelioma.

The Scottish Executive is already looking at overturning the ban on compensation for the condition.

Ucatt last month launched a postcard campaign outside the Ministry of Justice and called on justice minister Jack Straw to take action.