League Two side has been at current ground since 1930s

League Two side Cambridge United has unveiled plans for a new 12,000-seat stadium designed by KSS.

The U’s currently play their home matches at the 8,000 capacity Abbey stadium on the Newmarket Road where the club has been based since the early 1930s. 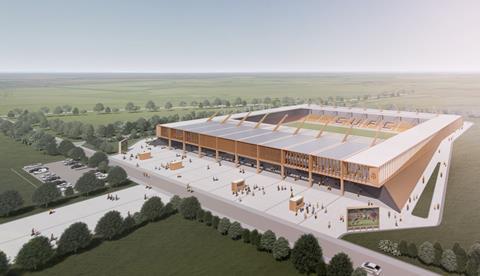 The new stadium would be closer to the city centre on the Newmarket Road, which is off the A14, and will be built on council land currently used by aerospace and defence firm Marshall.

Stace has been carrying out QS and advisory work on the scheme which will also include other uses such as staging concerts and conferences. It will also feature a medical centre.

The current Abbey stadium would be turned into housing as part of the development.

KSS is behind plans for a new stand at Liverpool’s Anfield ground while Stace completed work last year on the new home of beaten Champions League finalists Tottenham Hotspur.