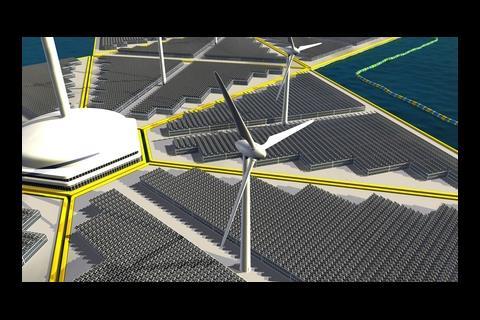 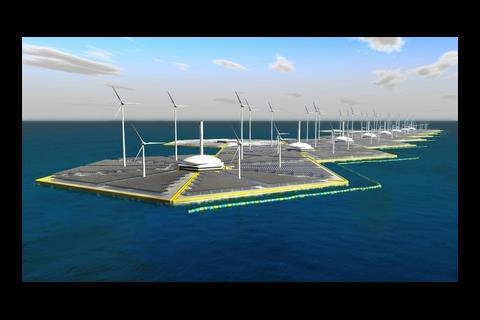 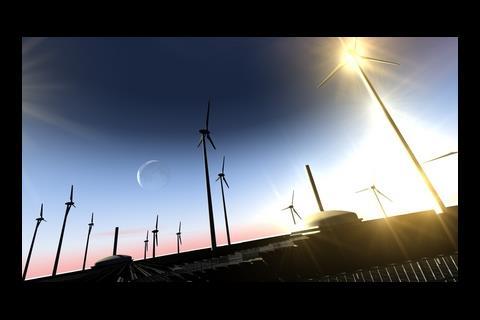 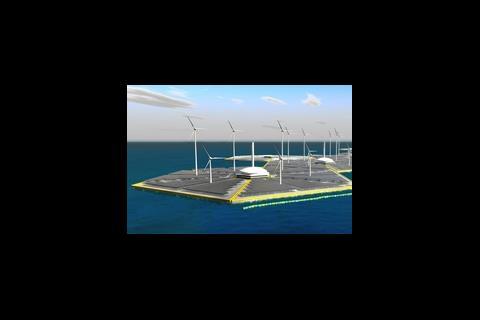 The architects behind David Cameron’s green home has unveiled plans for an tropical archipelago of green energy islands.

The “islands”, designed by father and son team Dominic and Alex Michaelis, would be made up of photovoltaic platforms with wind turbines fixed on top of them.

At the fringes of each island would be surface water inlets for desalination and, beneath the surface, marine turbines would harness wave energy.

Each island would be manned by 25 workers who would live off recycled water and produce from an onboard vegetable farm.

The designers claim each island cluster could produce 2000MW of power, with an estimated 50,000 needed to meet world energy levels.

The architects plan to bid for $25m (£12.6m) of funding from Richard Branson’s Virgin Earth Prize, a competition for innovative sustainable technology.

The turbine has been the source of controversy after local residents complained it was an eyesore. It eventually had to be taken down, though Cameron said faulty installation was to blame for the device’s removal.