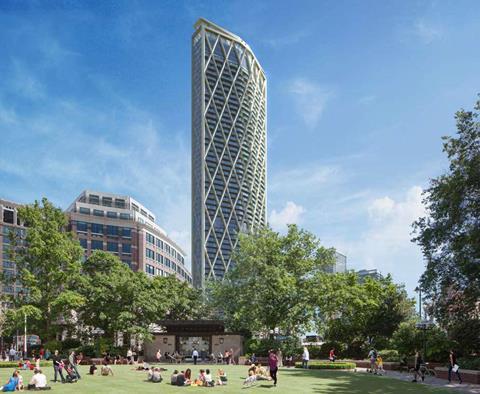 The developer said this morning that it had started enabling works on a 700,000 sq ft office tower on the eastern section of the Heron Quays West site, designed by Adamson Associates.

The tower, dubbed the Diamond Tower due to the patter of its steelwork, received planning consent earlier this month.

The scheme will accommodate 470,000 sq ft of apartments as well as 566 apartments with a health club and spa.

Reporting its results for the year to 31 December 2013, Canary Wharf said it was “confident about the immediate prospects for the London real estate market”.

It added: “The Group’s development pipeline is well positioned to take advantage of increasing demand and the prospect of a shortfall in supply of both prime commercial and residential space.”

The Group added that construction on its massive new mixed-use district Wood Wharf scheme is expected to start in the fourth quarter of this year, with the first buildings to be completed in 2017,

It added that another planning application has also been submitted for a second 700,000 sq ft office development on the western half of Heron Quays West, which is currently being considered by Tower Hamlets council. 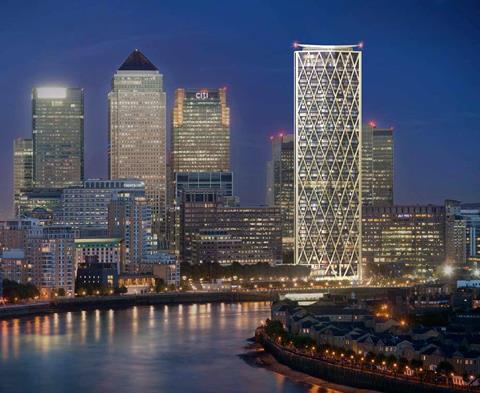