Canary Wharf submits plans for site next to Crossrail station

North Quay to be developed in phases over eight years

Called North Quay, the site is the largest remaining undeveloped plot at the east London development and will be built out with around seven high-rise blocks. 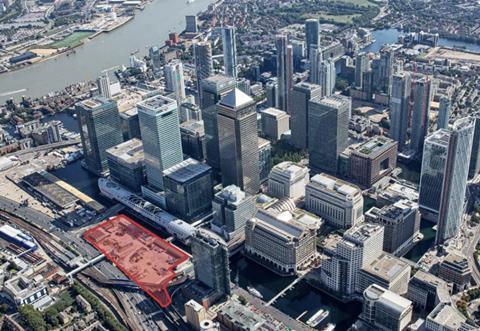 The site, ringed in red, is opposite the Canary Wharf Crossrail station

It has been masterplanned by Allies and Morrison and will include up to 2.5m sq ft of office and 1.6m sq ft of residential space.

The developer is also planning new public realm and a 250m-long waterside promenade.

Plans have gone in to local authority Tower Hamlets with work scheduled to begin towards the end of next year ahead of the job being developed in phases over the following eight years.