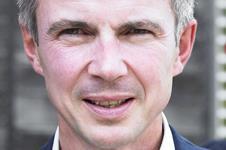 Capita Symonds managing director Jonathan Goring is to take a new role heading up the consultant’s defence joint venture with URS and PA Consulting as the race for the Ministry of Defence’s £400m private sector partner job heats up.

Goring said: “This is one of the biggest infrastructure challenges the UK faces and we think it’s substantial enough for me to give it my full time attention.”

Capita Symond’s joint venture with URS and PA Consulting is one of three shortlisted bidders for the role.

Telereal Trillium, KPMG and Mace make up one consortium, and Serco, DTZ and Bechtel the other.

The DIO issued an invitation to negotiate on 21 December, with the process now ramping up ahead of an appointment expected in October this year.

As Building exclusively revealed in July, the job was initially tendered for £100m, but then rose to £400m.

The DIO stated at the time that payment could rise higher because of an incentive-based contract to encourage the strategic partner to drive efficiencies across the defence estate.