The London Legacy Development Corporation has handed Careys a £15.8m contract to carry out substructure works at the £1.1bn East Bank project in Stratford.

The contractor is set to deliver ground works, piling and ground slabs for the project, which makes up a key part of the Stratford Waterfront Cultural and Education Development along with UCL’s new East campus.

Careys, who beat out two other firms to secure the job, will also be responsible for the construction of beams and walls, as well as concrete and civils works.

Other firms already working on the scheme include Mace as project manager and Kent-based contractor Blu-3 who was handed the enabling works contract.

Irish architect O’Donnell + Tuomey is behind designs for the V&A (pictured below) and Sadler’s Wells buildings, while Allies & Morrison is responsible the London College of Fashion building and the new BBC base.

Meanwhile, the LLDC has also put M&E and public health specialists on notice, inviting interested companies to an open day on 6 February.

There are three contract opportunities for mechanical, electrical and public health contractors which will be discussed at the event.

The third contract, which is worth around £18m will cover works at both the new BBC Concert Studios and Sadler’s Wells theatre. 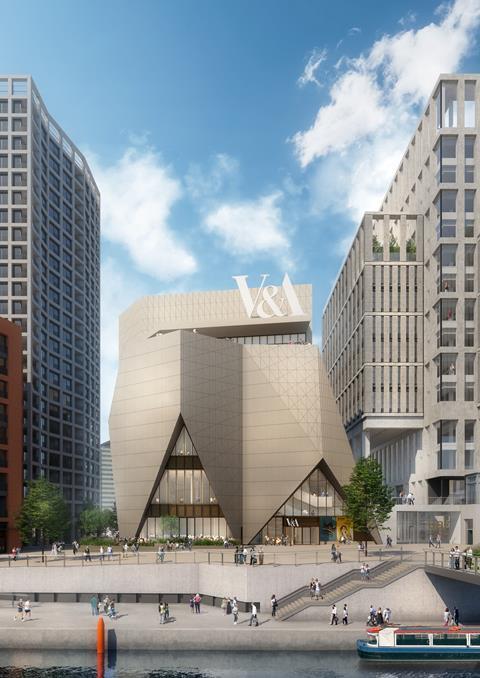