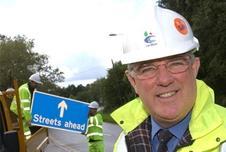 McDonough’s pay dwarfs that of his nearest counterpart Ian Tyler at Balfour Beatty.

Construction firms have come under the spotlight over bonus payments since Bellway bosses award themselves bonuses in 2008 despite missing targets. The move prompted an outcry among shareholder groups.