Richard Adam resigns with immediate effect from logistics firm’s board, which is chaired by Balfour Beatty boss Steve Marshall 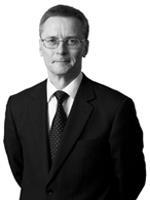 Carillion’s finance boss has stepped down from his role on the board of logistics firm Wincanton, which is chaired by Balfour Beatty boss Steve Marshall.

Carillion’s group finance director Richard Adam was only appointed to the role of non-executive director on the board of Wincanton in June, but now the firm has said Adam has resigned with immediate effect.

Balfour Beatty executive chairman Steve Marshall doubles as the chair of Wincanton’s board.

Both Adam and Marshall played a key role in the failed merger talks between Carillion and Balfour Beatty that dragged out over the summer and ended in increasing acrimony.

Under the original Carillion-Balfour merger deal, Adam had been lined up for the finance director role of the merged firm.

In a statement today Wincanton said Adam’s exit from the board was by “mutual agreement”.