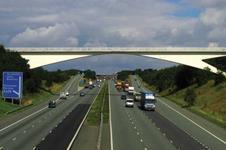 The CBI has called on the government to privatise motorways and introduce more toll roads to plug an estimated £10bn funding shortfall at the Highways Agency.

The business lobby group proposes scrapping the Highways Agency and passing control of Britain’s motorways to a new regulator, which would “offer franchises to private providers to run parts of the road network”.

Jonathan Cridland, the director general of the CBI, said the nation’s roads are so drastically underfunded that “levering private sector investment is the only way [to fund] a long-term future for roads. The UK road network is the last piece of infrastructure fully funded by the government.”