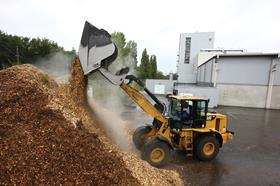 Centrica Energy has scrapped plans to develop two biomass power stations, blaming the lack of certainty around energy policy and the government’s preference for co-firing and coal conversion power plants.

The firm said it would not be proceeding with planning applications to develop dedicated biomass power stations at Roosecote in Barrow-in-Furness and at Glanford Brigg in North Lincolnshire.

The company said: “While the government has declared its support for biomass as part of the UK’s future energy mix, recent clarification on the regulatory framework relating to dedicated biomass plants indicates a preference for co-firing and coal conversion to biomass.

The firm also said it would be withdrawing the existing gas-fired power station at Roosecote from service as it considered options for the plant, including permanent closure, the sale of the asset or redevelopment.

It said the existing gas-fired power station in Brigg would continue to operate.