UK infrastructure set to be boosted by investment from the East, according to new report 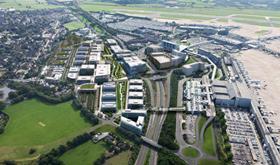 The UK could be boosted £105bn of Chinese investment in infrastructure by 2025, according to a report.

The report by law firm Pinsent Masons, published today, forecasts China will plough the most investment into the UK energy sector, at £43.5bn, followed by real estate (£36bn) and transport (£19bn).

The report also predicts a rise in joint ventures between UK and Chinese companies over the next decade.

Richard Laudy, head of infrastructure at Pinsent Masons, said: “As the need to modernise UK’s major infrastructure gets greater by the day, the projected influx of Chinese investment into UK infrastructure is expected to be a welcome boost to the construction industry in particular and UK economy as a whole.

“As a foreign investor China is going to become increasingly important for UK infrastructure by 2025. This means UK-China partnerships need to grow over the next decade.”