The Chinese skyscraper specialist behind the cladding of the world’s tallest tower, the Burj Khalifa in Dubai, is launching a business in the UK and Europe.

The £1.5bn-turnover Far East Global Group is launching its European division - Far East Facades - this month. It will be based in London.

It follows the launch in the UK of fellow cladding specialist Yuanda and architecture practice Neri & Hu.

Yuanda won a multimillion-pound contract to clad the £300m 47-storey Cheesegrater tower in London last October, believed to be the biggest UK job ever to go to a Chinese contractor.

Chinese cladding firms are seeking to undercut European rivals with products manufactured more cheaply in the East and imported in a specialist sector traditionally dominated by a handful of major European firms.

Walker added that Far East Facades’ parent company - which is part-owned by the Chinese state - was “very positive” about the European market and was positioning itself for an “upturn” in the market.

The firm will target “major projects and towers”, particularly with “major clients and the top five contractors in the UK”, Walker said.

Far East Global has already worked with a number of UK firms in Asia, including Foster + Partners - on the Kai Tak Cruise Terminal in Hong Kong - and Balfour Beatty.

The firm is currently bidding for a number of projects across Europe, including in Paris and Bratislava.

Far East Facades will launch with five staff recruited from some of the firm’s main European rivals, including Lindner and Permasteelisa.

Far East Global is the fifth largest curtain wall specialist globally - it has worked on 520 towers worldwide and employs 1,100 people in Asia, the US and the Middle East. 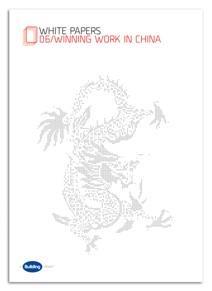