CHP use at risk after energy regs changes 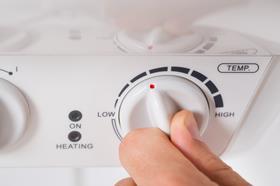 Changes to the tool used for calculating compliance with energy regulations will encourage electric heating and could spell the end of combined heat and power (CHP) generation solutions on new housing developments, according to industry experts.

The revised version of the Standard Assessment Procedure, called SAP10, has cut the amount of carbon assumed to be produced by electricity generation by nearly half because of the growth in wind power and other low carbon power sources.

It also assumes the CHP technology is less efficient than thought previously due to greater heat losses from district heating pipes.

SAP is used by housebuilders to work out how to comply with Part L of the building regulations. Opting for low carbon heat and power makes meeting the targets in Part L easier.

CHP is currently promoted by many local authorities and the GLA which encourages it through the London Plan as a low carbon way of supplying heat and power to housing and other buildings.

James Ford, partner at M&E engineer Hoare Lea, warned the big drop in the electricity carbon factor would mean a move away from CHP. He said: “The greatest impact will be on CHP. It could be pretty significant because as soon as the carbon benefit isn’t demonstrated there is no incentive to use it.”

The changes will take effect when Part L is revised. The SAP10 documentation states that there will be a Part L consultation this winter which means the next version could take effect towards the end of next year.