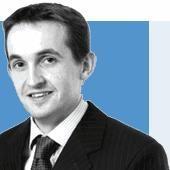 What does a construction lawyer want for the industry this Christmas?

Who would you put on top of your Christmas tree?

Joint first place: (1) For his work in 2009 and before, Lord Justice Jackson. Not just for his ongoing review of the court costs rules (which aims to promote access to justice for all at proportionate cost), but for

reviving the Technology and Construction Court when he led it in 2004-2007. (2) Liz Bridge (and her fellow trustees) for trying to fill the £20m gap in the Construction Confederation's pension fund.

The still largely unrepentant gamblers who risked others' money and took us into this recession. And the Learning and Skills Council for doing its very best to give public procurement a bad name.

Worst: Part 8 of the Local Democracy, Economic Development and Construction Act 2009, which was enacted in November. It may not be a complete turkey, but it comes close. It's bloated, a lot of hot air was needed to table it and if seriously taken onboard there's a price to pay (if and when the next government brings it into force, all payment practices and standard forms will need overhauling - while most Construction Act avoidance devices will survive).

Best: the government's appointment of its first ever Chief Construction Adviser is a promising move and Paul Morrell is absolutely the right person for the job.

What would you give the construction industry for Christmas?

My gift, which theoretically at least shouldn't require Santa's powers, would be one, and only one, suite of construction contracts that everyone agrees to use. As the government has recognised, the proliferation of standard forms with their regular updates is not good for the industry's transaction costs and unfamiliarity with contracts contributes to disputes. Building on this theory, it would not matter who the issuing body was – it could be JCT, NEC or XMAS.

Alternatively, a disinterested and knowledgeable fairy godmother (as envisaged - sort of - by Sir Michael Latham), available to advise at the start of a project on the optimum procurement route to reflect the client's needs. Failing that a good solicitor.

?This isn't the first Christmas where Santa has faced the problems we face

One Christmas Eve, Santa was having a really bad day. Mrs Claus was angry at the emissions from Santa's sleigh, which he hadn't upgraded in the hope of saving costs. None of the presents Santa had ordered from the UK had yet arrived due to snow (entirely unexpected in December) causing transport chaos. And to cap it all, the local elves - after months of saying they were only going through a temporary blip had gone insolvent.

Santa sat in front of the fire and poured himself a large brandy. Then, there was a knock on the door. It was Rudolph. He said the reindeers were staging a strike over the Christmas period. Santa slammed the door and said: "The next person who knocks on that door is going to get it!"

There was then a second knock on the door. Santa flung the door open and there stood a tiny little angel. The angel had been searching for the perfect Christmas tree for Santa's house all week, until it had found the perfect one. The little angel asked: "Santa, I was wondering where you would like me to stick this tree?"

And that is the story of how the angel atop the tree tradition began. On reflection there may be a case for a scale model of Rupert or Liz.

What are your new year's resolutions?

Do more pro bono work and improve my Russian.