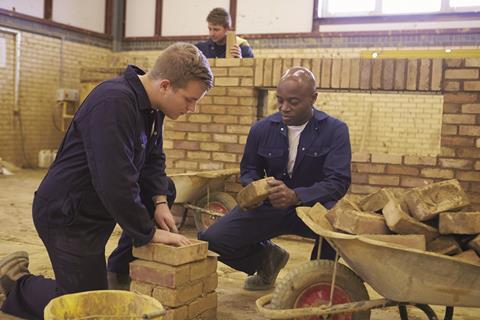 The CITB has said it expects to get the thumbs-up over its future next week – despite a withering verdict from housebuilders who said they had no confidence in it.

As the CITB prepares to release the result of the three-yearly consensus vote next Monday, a spokesperson for the under-fire organisation said it is “confident” of securing the industry’s backing – even though it received a massive vote of no confidence from the Home Builders Federation (HBF) earlier this week, with 89% of members voting against the CITB continuing in its role as training body for the sector.

The HBF said that while many expect the CITB to secure adequate support in the industry-wide vote – held regularly on the CITB’s proposals for its levy for the next three years – its own message is “very clearly a vote of ‘no confidence’ in the current operation”.

HBF executive chairman Stewart Baseley added: “The industry simply does not feel that CITB is providing the support and framework it needs to train its staff, despite the huge amounts being paid in levy by home builders.”

But a CITB spokesperson said it is “confident” it will have the industry’s backing when it announces the result on Monday.

She admitted the group needs to reform after coming under attack from a number of organisations, including the country’s biggest contractor, Balfour Beatty. “We understand that we need to do that,” she added.

The consensus process this time has been the most robust the CITB has ever done, she said. “We’ve reached all sectors, with all sizes of companies taking part in the process. It’s given us a better indication of how things stand.”

The HBF’s vote means it has broken with a number of other organisations, including Build UK and the Federation of Master Builders, which have voted in favour of the CITB.

The HBF said the “complex, overly bureaucratic nature of the process builders have to go through to access training funding” had been “particularly frustrating”.

It said its larger members reported having to employ dedicated staff “in order to claw back just a fraction of the money paid through their own levy payments from CITB for training – something many of HBF’s hundreds of smaller members don’t have the capacity to do, meaning they miss out”.

Baseley added: “[We] desperately need a training body focused on [the industry’s] requirements, with which it can work closely to develop training regimes that are easily accessible to companies large and small. We hope this will be the wake-up call CITB needs to drive root and branch change through its entire organisation.”

Last month the training group received a tonic when Balfour Beatty said it would now support it in the recent vote but the contractor warned: “The construction industry needs a training board which delivers a skilled workforce, effectively and efficiently. Radical reform of the CITB is necessary to achieve this.”

A government review of industry training boards, which includes the CITB, is due to report in the next couple of weeks after being set up last autumn under the leadership of former construction tsar Paul Morrell. The CITB said it will spell out how it plans to reform next month.