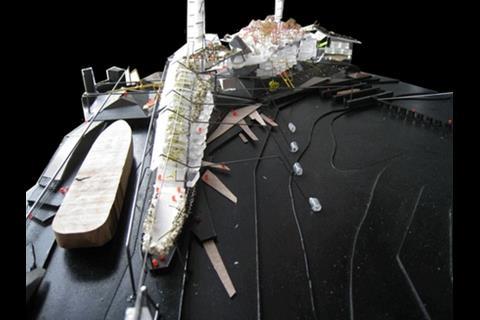 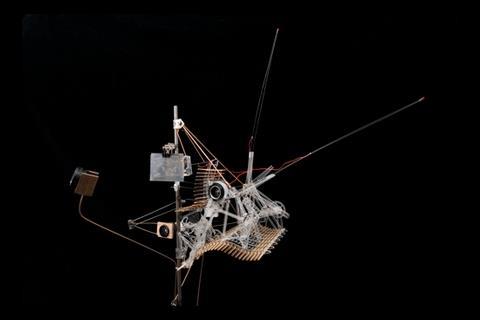 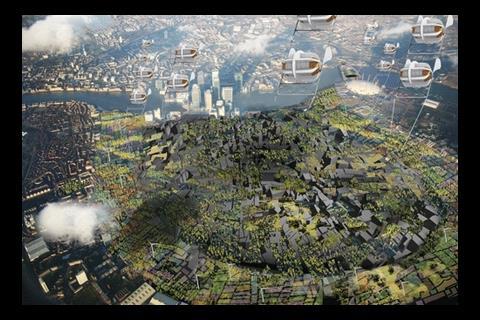 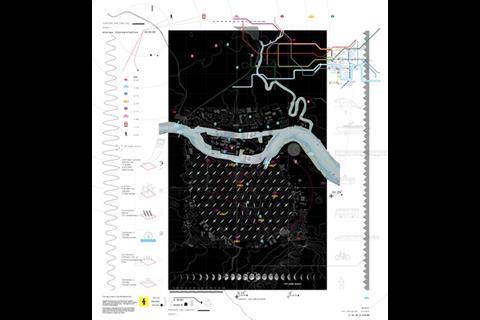 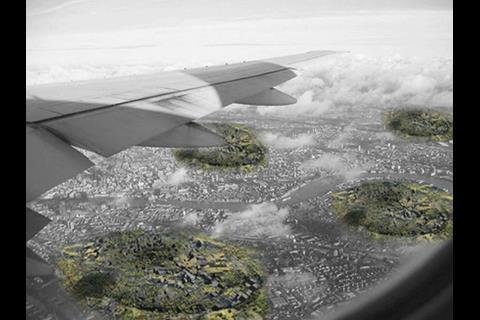 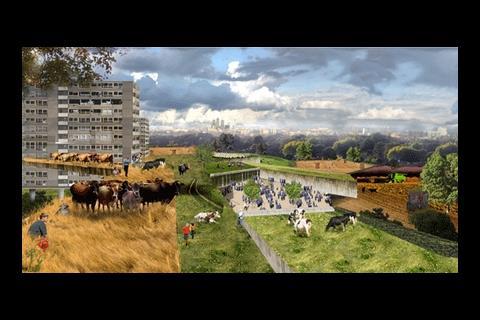 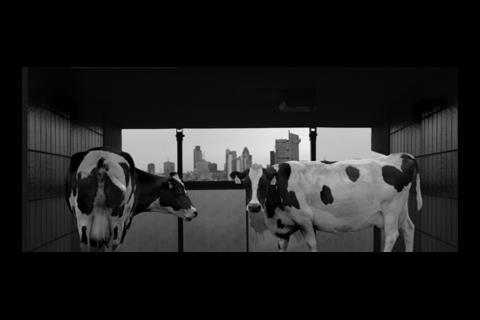 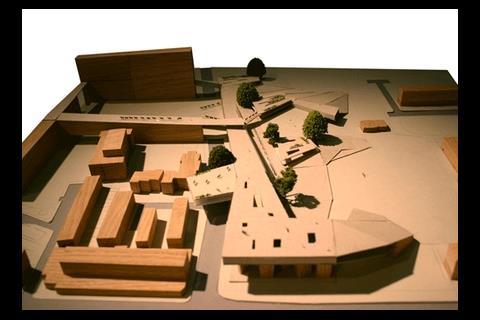 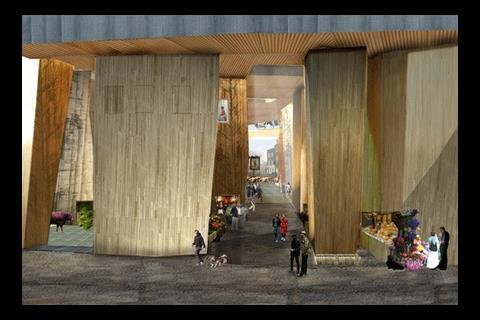 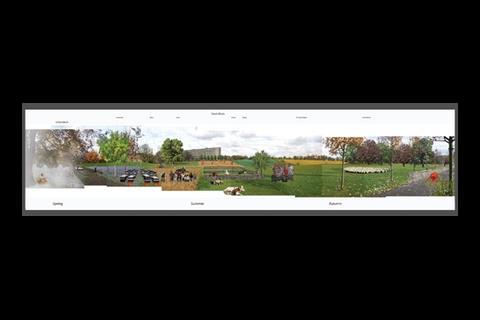 Architecture students submit proposals for a self reliant future London

The country’s food supply is almost entirely dependent on oil, a particularly vulnerable commodity nowadays. And, it is our cities that are the most likely areas to feel the impact of food shortages, according to the organisers of a new exhibition in London.

Entitled “London Yields: Urban Agriculture”, the show examines how UK cities need to invest in an agriculture infrastructure if the country wants to avoid food crisis.

It looks at various methods by which food production can be incorporated into the urban environment at both an industrial and domestic level.

Amongst the exhibitors are Royal College of Art architecture students Ian Douglas-Jones and Fergus Feilden who give their take on a self reliant London:

Towards New Capital By Ian Douglas-Jones

Synopsis
Project to 2070: Food imports dried up 20 years ago when oil peaked at $1000 a barrel. Our new self reliance has necessitated the development of dense enclaves of self-subsistence, and self sustenance; each enclave provides the optimum population density with the exact amount of energy and food.

But how can we ensure our future without subjugating our culture and quality of life? And at what cost?

The exemplary community is a radically new live/work typology, a stratified mega-building type, of play, live and production.

Super efficient, the community is carbon positive, a new black gold emerges as the carbon credit.

All the desires, wants and needs are provided for, residence in the enclaves are highly coveted, a new super gated community, played out in full. The ruinous city left behind serves only as a reminder to the failed, un-sustained urbanism of the 20th century.

Synopsis
Can young people rise above poverty and crime through agricultural training in Southwark, enabling them to transcend their roots?

The borough of Southwark suffers massive deprivation, and the lack of opportunities for young people has lead to high crime rates costing the borough approximately £200m annually. Most of the crime is committed by young people, two-thirds being committed by the under 25’s and of this a third by 11-17 year olds. Almost 90% of these crimes are committed by males and two thirds are committed in or around Southwark’s green spaces.

Outside London there is a looming crisis in agriculture. 50% of the farming population is over the age of 55 and 25% are already beyond retirement age. This comes at a time when the issue of food security is near the top of the political agenda.

Agridemics will equip a new generation of young people to take over the stewardship of the countryside. This generational hand-over is essential for the survival and healthy development of British Agriculture.

It is proposed therefore to marry this lack of youth in the fields with the undirected energy of urban teens, providing a generation of Londoners with a green route out of the city.

Agridemics gives marginalized and disaffected young people the opportunity to gain training in, and ownership over, the green spaces of Southwark and wider London. This could fill the massive gap currently opening in agricultural workers as half our farmers are due to retire in the next 10 years.

Addressing issues of food security and improving the health of the residents, Agridemics will generate fresh produce throughout the borough. The symbiosis between agriculture and academia will create a unique learning and productive environment. Based on a studio-schools model, students are the labour-force, living and working on site while generating a real income.

There is an opportunity to use the existing infrastructures of the Aylesbury Estate. This failing housing yields opportunities to use the existing framework (which has largely failed the population), for housing animals. It is a bio-dynamic system, capable of self-nourishment and acting as a prototype for future agri-cademies, made possible through failing housing, silage from London’s parks and a young labour force.

These young people respond well to having a regular structure and routine. They relate easier to each other and animals than adults and have few ways of becoming integrated in society. Primary industries in London often offered vocational training and opportunities for the those without other qualifications, however many of our primary industries have declined, especially in the capital.

The agri-cademy would be small in terms of academies as it is based on a studio-school system, providing for only 500 11-19 year olds, 50 other staff/agriculturalists, 200 cattle, 60 pigs, chickens and market gardens.

Livestock could be over-wintered in stock-blocks are processed through the educational spaces thereby interconnecting processes, animals and people. Produce will be sold on site, generating income and involving the community. Agridemics would prove successful if crime rates fell and fewer vulnerable young people fell into crime. The success could also be measured in terms of improved health, income and employment.