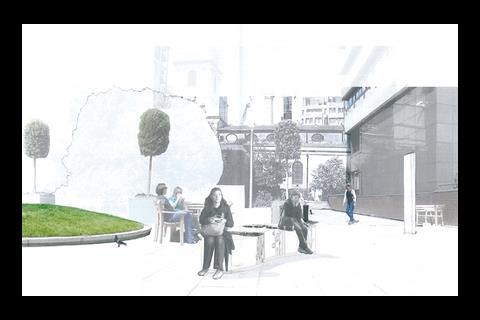 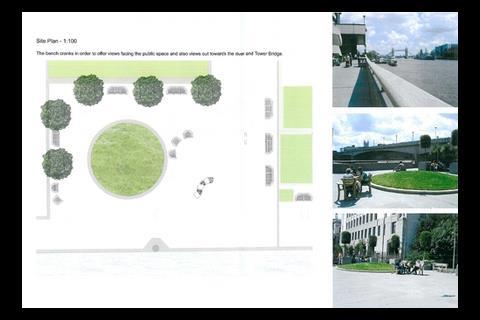 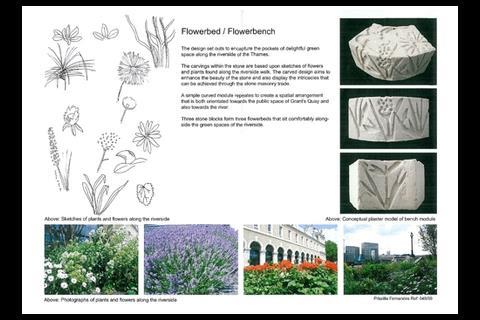 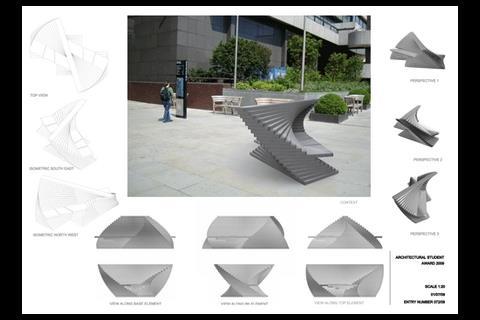 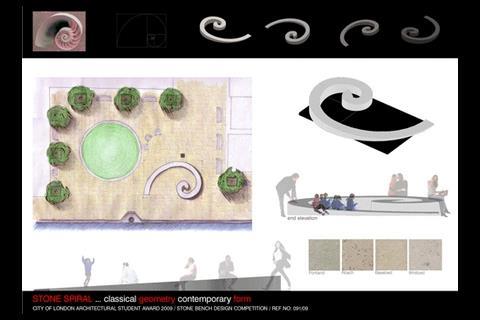 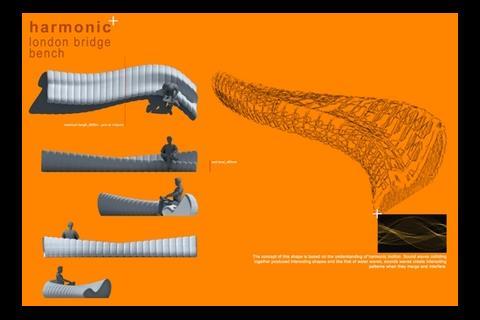 Four finalists have been chosen for their Riverside Walk seating design.

Architecture students Priscilla Fernandes, Yakim Milev, Barney Bonner and Richard Phillips were selected from 19 others who sent in their designs for the London location as part of the Architecture Student Design Award 2009.

The award was judged by the City of London Corporation, Cathedral Works Organisation, Albion Stone and the Mason’s Company.

The competition was designed to provide an opportunity for selected trainee masons to develop their stone masonry skills. Students were askes to:
• Produce a striking, innovative 21st century seat design, which can be carved from a single block of quarried natural stone (3m³), with or without slabbing and jointing
• Enhance its setting and complement the Riverside Walk
• Be visually engaging, functionally useful and well crafted
• Consider long-term performance characteristics, such as weathering, safety and ease of maintenance
• Take account of skateboard prevention measures

Flowerbed/Flowerbench by Fernandes is based on the pockets of delightful green space along the riverside of the Thames.

The carvings within the stone are inspired by sketches of flowers and plants found along the riverside walk, which aims to enhance the beauty of the stone and display intricacies that can be achieved through the stone masonry trade.

Fernandes has completed part one of her architecture course at Cambridge University and is due to start part two at London Metropolitan University in September.

Milev is a student of architecture at London South Bank University.

He claims his design is slightly different from the general concepts of digital modelling and form production: instead of generating an aesthetically acceptable form from a given mass, he has attempted to produce a structure based on interposing of constantly developing layers.

Bonner, a student at the University of the West of England, has designed a Stone Spiral based on a classical geometric form.

Oxford Brookes University Phillips says his concept Harmonic is based on the understanding of harmonic motion.

The finalists will present their designs to the panel in September.

The winning student will work closely with trainee masons from CWO and the Masons Company. His or her design will be constructed during October and November at the site adjacent to London Bridge.

For the latest jobs in construction visit Building's job site.
Email nargess.shahmanesh@ubm.com if you are a student with an interesting project.