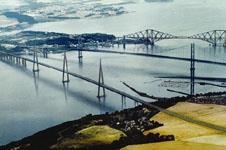 Cleveland Bridge UK Ltd has recorded a pre-tax loss of £7m for 2014 with former managing director Brian Rogen calling it a “testing year”.

In the latest accounts posted by the steel specialist for the year ended 31 December 2014, the loss is attributed to one unnamed major contract which “had a harsh effect on profitability”.

The firm also suffered a £3m pre-tax loss in 2013, but reported that as of December 2014 it had an order book of £121m, including the contract for phase 2 of the Sri Lanka Rural Bridges scheme, and expected to return to profitability in 2015.

Cleveland Bridge said it expected the contract would have a “positive impact on the company’s profitability and liquidity going forward” and that it had also picked up a number of new UK contracts.

Phase one of the Sri Lanka Rural Bridges contract contributed 48% of the firm’s turnover for 2014, the firm said, with the remainder coming from the UK.

Cleveland Bridge also forecasted its 2015 turnover to hit £55m on the back of growth in the UK and international sales markets and the “demise” of competition in the UK bridge sector.

The firm is currently working in the £790m Forth Bridge replacement crossing in Scotland.