Code for Sustainable Homes: Sometimes things aren't as green as they seem 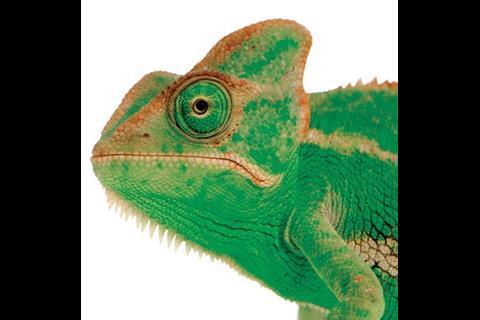 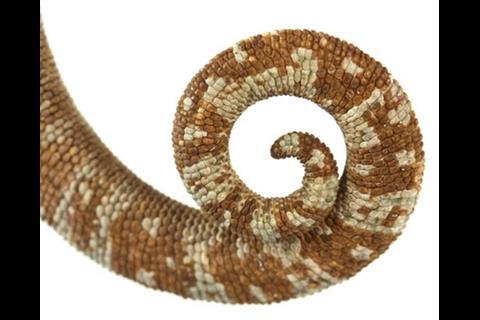 Here’s a riddle: how do you build homes that emit more carbon dioxide than your rivals’ yet still achieve a higher Code for Sustainable Homes rating? Simple, says Chloe Stothart: go electric

The Code for Sustainable Homes was meant to make England a greener and pleasanter land. It was to do this by providing a framework of rules for energy efficiency, water usage and waste that could be used to make all new homes zero carbon within 10 years.

But, as revealed by Building earlier this year, a number of bizarre anomalies in the code could actually encourage builders to opt for heating systems that emit relatively high levels of carbon dioxide (25 January, page 22). A loophole in the code means that it is easier to reach levels three and four using electrical heating rather than gas even though electrical heating gives rise to more carbon dioxide. Given that the code was introduced specifically to reduce building emissions, how has this been allowed to happen?

But a compromise struck when the regulations were drawn up means that electrically heated dwellings are allowed to emit more CO2 than gas-heated homes, so it is easier for them to hit the code’s percentage targets.

The Good Homes Alliance, which represents many of the housebuilders that are building to higher levels of the code, found a small terraced house using electrical heating gave out 21% more CO2 than an identical one using gas. Despite this the electrically heated home met code level four but the gas one only reached level three.

This loophole could be exploited by developers who could build less well insulated buildings and still make code level three or four as long as they used electrical heating. The Good Homes Alliance (GHA) is now trying to find out how many are making use of the discrepancy.

Richard Hodkinson, director of sustainable construction consultancy Hodkinson Consulting, is advising builders who are taking advantage of the loophole by installing air-source heat pumps with the electric heaters. This, he says, is the cheapest way to meet code level three. Makers of the heat pumps, such as Gledhill, are marketing them on their ability to gain good code ratings.

Hodkinson says: “Air-source heat pumps are very efficient, very much more efficient than normal electric heating. They’re also simpler, because you don’t have to radically redesign the building you were planning. But it still gives you higher emissions than standard gas central heating.”

He adds that about half of the builders he talks to are going down this route to save money. These are mostly private housebuilders who have to get the social housing element of their development to code level three, which is a requirement of the Housing Corporation. If gas heating is installed, the required savings must be found from better insulation, airtightness and overall design – with an extra cost, estimates Hodkinson, of up to £1,300 per home than if electricity was used.

The extraordinary upshot, he says, is that on the same development, builders will fit air-source heat pumps to the social homes to make them comply with the code. But those homes that will actually emit more CO2 than the private housing that does not comply with the code.

Until the GHA finds out how many homes are being planned like this, it is hard to say exactly how much extra CO2 could be emitted unnecessarily because of the loophole. The small terraced home in the previous example would emit 212kg more CO2 per year using electricity rather than gas. If 120,000 homes were built in a year to this design, then an extra 25,400 tonnes of carbon dioxide would be emitted each year if these homes used electrical heating rather than gas.

We could be building millions of homes to higher levels of the code that are prone to summertime overheating, poor acoustics, or poor air quality.

Put in the context of the 152.5m tonnes of CO2 belched out by the UK in 2004, 27% of that from homes, it does not sound much. But if developers go for electrical heating, it is not going to help the government’s goal to reduce domestic emissions by 30m tonnes by 2050.

Tip of the iceberg?

This is not the only problem. The GHA has also discovered that the code penalises smaller homes compared with larger ones. This is because those homes have smaller areas of external wall, so will be inherently more energy efficient than larger homes, which in turn makes it harder for them to achieve a big reduction in energy losses.

Mid-floor flats have particular problems because they may have only one external wall. In one example given by the GHA, a flat would need solar hot water to get to higher levels of the code, but large solar thermal panels may well be impossible to install.

This anomaly could again push flatbuilders towards using electrical heating to get to levels three and four of the code. “It is ironic because mid-floor flats are inherently better for energy efficiency and minimise carbon emissions but the rules make it harder for them to succeed,” says Neil Cutland, executive director of Inbuilt Consulting. He points out that this anomaly would discourage builders from constructing high-density developments even though almost every other government policy is pushing them to do so.

An absolute standard for carbon emissions per home – rather than a target of a percentage reduction on Building Regulations levels – would end this anomaly, says Cutland. He admits, though, that a lot of technical work would be needed to set the goals for such a standard. Another option would be to give an easier reduction target to homes with fewer exposed walls.

There are other issues which do not necessarily fall within the code, but are important in creating a truly sustainable home. David Strong, chief executive of Inbuilt, says: “We could be building millions of new homes to higher levels of the code that are prone to summertime overheating, poor acoustics or poor air quality.” He says he has seen homes that comply with the acoustic requirements of the code but are actually “very, very poor”, and says the other elements are not part of the code. “We have homes that are technically compliant on carbon, but fail on social sustainability because they are not fit for people.”

The government is working to rectify some of these anomalies. A spokesperson for the communities department says: “The Code for Sustainable Homes is not set in stone; it’s always been intended that there would be scope for it to evolve over time. We are aware of a limited number of concerns that stakeholders have raised, notably on assessing electrical and gas heating methods, and we are working to resolve these.”

New guidance on the code, which could close the electrical heating loophole, is believed to be in the offing, although the communities department was unable to elaborate on this at the time of writing.

Despite all the problems, both Cutland and Jon Bootland, director of the Sustainable Development Foundation, support the code. “The drive for higher standards and the fact that the code is new means it is bound to throw up some anomalies,” says Bootland. With some tweaking they believe the code could still live up to its promise of green and pleasant homes. But it must happen before too much more damage is done.