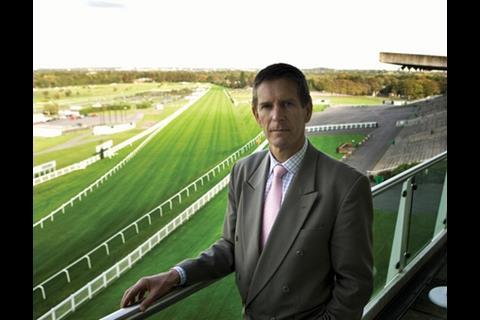 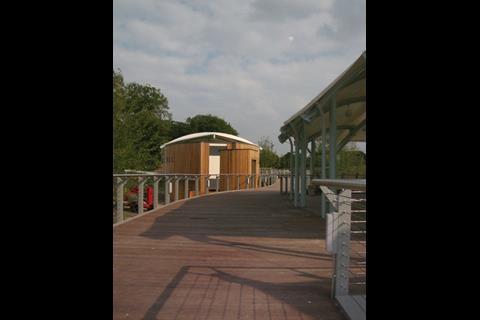 In its first season, Newmarket’s spruced up July Course increased catering revenue by 21% per punter and betting turnover by 40% 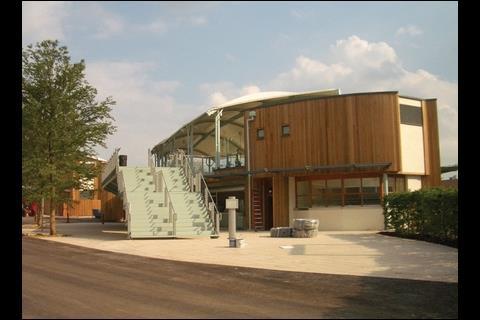 The property director of Jockey Club Racecourses is wagering that spending that much on doing up his 14 tracks will restore horseracing’s fortunes. Olivia Boyd put on her trilby and found out more

Colin Fellows can’t believe I’ve never been to the races. The group property director at Jockey Club Racecourses is heading a £120m development programme intended to bring more punters to the ailing sport, and I’m part of his target audience.

“What? You’ve never been? Not ever?” he asks, then lists the reasons this must change. A summer’s day at Newmarket is a social event, he says – a really good day out.

The “good day out atmosphere” is not just a sales pitch but also the driving force behind the redesign of several of the company’s bigger racecourses. Tired buildings, inadequate facilities and poor layouts were having a bad effect on business, says Fellows, whose post was created five years ago when the company decided to “get more professional” about property.

Since then, it has pumped money into redevelopments across its 14 courses. Aintree and Newmarket have undergone £31m and £10m projects respectively and work has just started on a £28m scheme at Epsom. Another £35m job is under discussion.

On top of the large developments a host of smaller-scale projects are under way, such as a £2m refurbishment in Warwick and a £2.5m grandstand in Exeter, all designed to woo customers on the sporting and conference sides into handing over more money.

It is the right time to be taking the customer experience seriously. The number of people attending the races has fallen in the past year as punters turn to other sports. Jockey Club Racecourses claims to have lost fewer than its competitors but it is still unnerved.

“Are we trying to stop customer numbers falling? Of course we are,” says Fellows. “If you do nothing you will slowly wither away, but if you make people comfortable, they will empty their pockets – it’s wonderful.”

Figures from the first season at Newmarket’s £10m redeveloped July Course suggest the company has the right idea. During its first season, the refurbished site had a 21% increase in catering spend per head and a 40% increase in betting turnover – figures it would like to see replicated across its portfolio. On top of that, customer numbers remained steady.

The scheme, designed by Limbrick and project-managed by EC Harris, focused on upgrading facilities without losing the “quintessential Englishness” associated with the sport. All the buildings behind the grandstands were demolished and redesigned with new bars, food outlets and toilets. Two new entrance buildings were built and linked by a raised walkway through the trees – £100,000 worth were planted after a focus group said greenery was a priority.

Another concern was making it easier for customers to get into and around the course. Extra land was acquired to widen the entrance and colour-coded paving stones were added to guide people through the site.

The work sounds simple enough – a few more toilets here, a little road widening there – but Fellows is keen to emphasise the intricacy of the task. Racing is more complex than any other sport, he says, so knowledge of the business is a key selling point when looking for contractors and consultants.

If you do nothing, you will slowly wither away, but if you make people comfortable, they will empty their pockets – it’s wonderful

“With other sports, you turn up, go to your seat and stay there. You hardly move. Racedays, however, have six or seven races and for each one the customer does a journey. He moves from his seat to the parade ring, to the loo, to pick up a drink or food, to the betting facility and back to his seat.

“If a consultant doesn’t understand that, it will design a bad solution. Of course, we are looking for economic design solutions but they must also actually understand the racing process.”

Getting how the business works is equally important on the mechanical and engineering side, says Fellows. Each course needs a “huge underground infrastructure” to take races to TV screens around the site.

But how easy is it to find experts in the field? “Not very. So you tend to select someone who is good for other reasons – a leading sports architect, for instance, has more chance of learning.”

Fellows introduced framework agreements for consultants when he took up his post, in an attempt to cut down on time spent teaching designers about racing. “Before I came along, each racecourse tended to do its own thing. We went through the learning curve over and over again and often made mistakes. Now all our consultants understand our business and we can brief them more effectively.”

Contractors are still appointed on a case-by-case basis, however. Fellows believes the range of work – in scale and geography – means tying companies down makes little sense. “A contractor doing a £31m job in Aintree won’t be the slightest bit interested in doing a £500,000 barn conversion in Wincanton in Somerset. And the Wincanton builder wouldn’t be able to build a £31m project anywhere, let alone hundreds of miles away.”

This policy makes sense. Many of the company’s projects are site specific – such as improving drainage at its only all-weather track at Kempton Park in Middlesex. But Fellows hints that some apparently one-off jobs are likely to act as a blueprint for future schemes. The prime example is a

120-bedroom hotel being built at Epsom, Surrey, to target the conference market. “The average conference length is growing,” says Fellows. “So if you have conferencing facilities but no overnight accommodation, you’re putting yourself at a disadvantage. That is why you will see hotels at Twickenham, the Reebok stadium near Bolton and Wembley.”

And new buildings generate cash. “If you want to catch the product launches and annual meetings, you have to replace old buildings with contemporary ones. You can’t charge top dollar for poor space.”

With that, we are back to the sales pitch. Epsom, it seems, would be the perfect place for Building’s next away day.