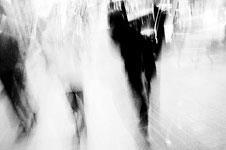 Lloyds has selected Coller Capital as the preferred bidder for its integrated finance portfolio of assets that includes stakes in social housing firms Keepmoat and Apollo.

Following weeks of speculation that Coller was the frontrunner, Building understands its preferred bidder status was confirmed before Easter and a deal will be signed in about six to eight weeks after a period of due diligence and the processing of the TUPE paperwork.

The portfolio, which has a reported price tag of about £500m, also includes the Vue Cinemas chain.

A source close to the process said that Coller had been chosen ahead of 3i because of its experience with secondary buyout portfolios. It is also understood that under the Coller proposal, it will retain about 18 HBOS staff whereas 3i had proposed a clearout of banking staff and planned to take on the running of the portfolio itself.

It is understood Lloyds Bank, which owns HBOS, will retain a 40% stake in the portfolio.

It is not known what Coller plans to do with the portfolio but a source close to the situation said: “People are pleased this is finally getting done. They can now concentrate on running and getting value out of the businesses.”