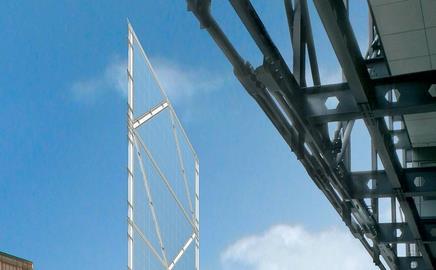 Growth in commercial development in June slowed to its lowest rate for five months according to property consultant Savills.

The latest data shows that the commercial development index was 56.2 in June compared with 61 in May. A score of 50 on the index indicates no change.

The result suggests a stutter in the recent boom in the commercial sector. Developers questioned by Savills remained confident that activity levels would rise during the third quarter of the year, but the outlook for office construction over that period was the lowest since August 2005.

The result is partly explained by a downturn in public sector office work, where levels of activity declined for the first time since January.

Mat Oakley, the head of Savills’ commercial research department, said interest rates, which rose a quarter point to 5.75% last week, were beginning to have an impact on the sector.

He said: “It’s no surprise that developers have finally started to voice concerns about the cost of money. Although the tone of the Monetary Policy Committee’s statement last week was a bit more dovish than others recently, all eyes will be on next month’s inflation report as a bellwether for future base rate changes.”

Commercial new build in the private sector was the best performing area of activity for the fifth month running, with an index of 62.5 compared with May’s 64.7.

Growth in public sector new build accelerated to its sharpest for 8 months, at 57.8, despite the downturn in the office market.

For more on the commercial sector, search www.building.co.uk/archive