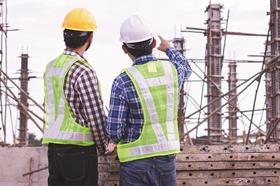 The London construction market is facing a ‘Brexodus’ of talent, according to a new report from consultant Turner & Townsend.

T&T’s second quarter market intelligence report said the industry was “caught in a double bind – weak demand as clients defer investment decisions, and a long-term skills shortage which is driving up labour costs and slicing into contractor margins.

“Two years on from the Brexit referendum, the skills shortage is at a turning point. An exodus of foreign-born workers and a demographic time bomb threaten to shift the skills crisis from serious to chronic.”

At the time of the EU referendum two years ago nearly half (49.6%) of the capital’s construction workforce had been born abroad, T&T said, a figure which has since plunged by seven percentage points – the fastest 18-month decline seen in 15 years.

UK regions were relatively less exposed, T&T said, but still faced a separate skills challenge from an ageing workforce. While the North East of England only has a migrant workforce of 6%, 53% of workers were aged 45 or over.

Paul Connolly, T&T’s managing director of cost management said mounting a successful recruitment fightback had never been so important, “but to do this the sector needs full-throated support from employers beyond existing contributions through initiatives such as the apprenticeship levy”.

Connolly warned it would take time to tackle what he called a “demographic timebomb”.

He said that at a project level the industry needed to arm itself with strategies to mitigate wage inflation and drive maximum productivity from a diminishing labour pool.

“Only by increasing productivity, protecting margins and attracting new talent will the construction industry be able to deliver the game-changing infrastructure projects and housing the UK needs,” he added.