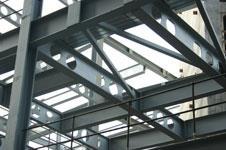 Overall construction output recorded its first quarterly fall since 2004, according to the latest government data.

However the figures, from the Department for Business Enterprise and Regulatory Reform, show the construction market being propped up by still growing public infrastructure works, public housing work and repair and maintenance.

The total construction output for the quarter, of £31.5bn, is 0.8% higher than the same period last year.