Project would re-establish a rail link between Cambridge and Oxford 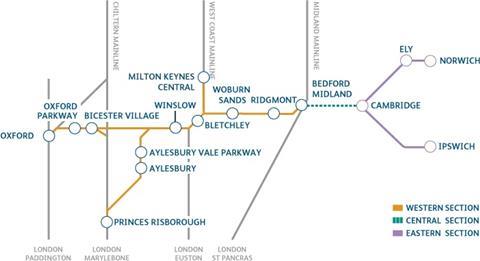 Network Rail is opening a new consultation on the transformation of east-west rail services between Oxford, Bicester and Bedford and Milton Keynes and Aylesbury.

The views of residents, businesses and passengers are being sought from 12 January until 9 February, with a number of drop-in events taking place across the regions.

The proposed East West Rail project, which is scheduled to be completed in the mid-2020s, would re-establish a rail link between Cambridge and Oxford which Network Rail said would improve connections between East Anglia and central, southern and western England.

This has been set up to oversee works to restore the links between the two cities, nearly 50 years after the closure of the old Varsity Line that used to connect the pair at the Second World War site of Bletchley Park.