Up to five firms will be shortlisted for a £19m deal to build a college building in Watford.

West Herts College has given firms until 14 July to express interest in the Barnfield College scheme with tenders for the design and build job due out a week later. 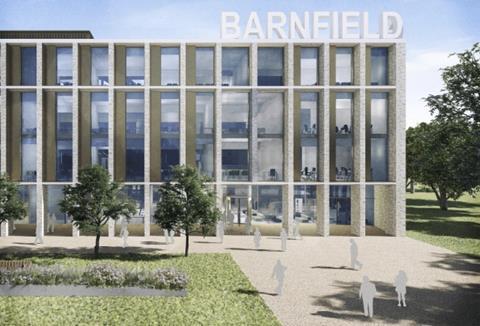 The college is an FE college that recently merged with West Herts College.

The existing site at the town’s New Bedford Road comprises a series of mainly 1960s buildings which the college describes as “aged and rundown”.

Two previous schemes to redevelop the college in 2008 and 2012 were scrapped due to funding or planning issues.

The plans were revisited when Barnfield merged with West Herts to form WHC group, with Canadian architect IBI Group drafted in to devise a masterplan in summer last year.

The scheme was given the go ahead by Luton borough council at the end of last month subject to a section 106 agreement.

The college said it was close to selling a residential plot next to the campus which will help bankroll the new building.