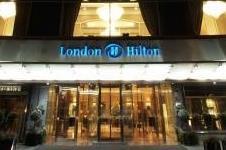 One source close to InterContinental said: “It has stopped a chunk of its planned refurbishment work. Some programmes have been stopped part way through and whole floors that were due for refurbishment have been stalled. In some cases, furniture has been ordered, but is being held in a warehouse until the programmes start up again.”

The supply chains for these contracts, which are worth about £5m upwards, have been told that work is not likely to pick up until 2010 at the earliest.

Some say their workload has fallen by as much as 80%. One senior industry source said: “There are plenty of architects who were specialising in this sector that are now working two-day weeks until things pick up.”

In some cases, new furniture has been ordered, but is being held in a warehouse

Refurbishment work was expected to buoy the hotels sector after new-build work began to dry up at the end of last year.

Steve Lacey, head of Davis Langdon’s hotel specialist group, said the dearth of work meant the company had taken 40% fee cuts. He said: “For contractors, there is huge competition to win work. Most are having to work on a profit margin close to zero, rather than the 10% they made 18 months ago.”

Robert Shepherd, vice president of hotel services at InterContinental Hotels Group, said: “Despite the challenge of the economic climate, our owners are continuing to invest in our hotels as we continue to grow.”

Hilton said it had renovated the meeting rooms at its Park Lane hotel.