Morgan Sindall has won a deal to build a day surgery at the Evelina London Children’s Hospital.

The scheme is part of a £250m expansion plan the Westminster hospital is rolling out with Morgan Sindall, which earlier this week said it would announce its interim results on 5 August, due to complete the job by 2022. 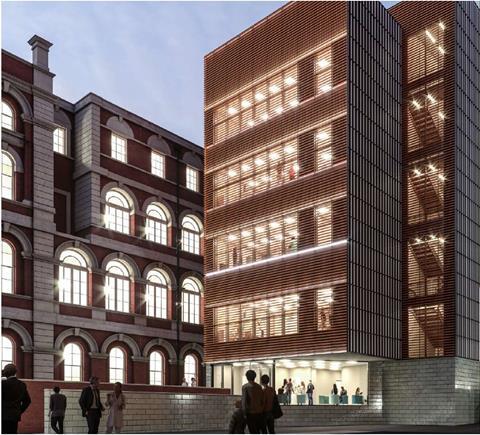 The five-storey building (pictured) is part of a wider revamp of the complex by Guy’s and St Thomas’ NHS Foundation Trust. Other plans include an outpatients building.

Bouygues’ development arm Linkcity has been named preferred developer of the current site.

The so-called Triangle campus has been designed by Hawkins Brown with M&E engineer Aecom and structural engineer Ramboll also working on the plan which includes research and teaching facilities, surgical theatres and imaging suites.