Crossrail chief executive Mark Wild has admitted he doesn’t know how much more delayed the scheme will be because of the covid-19 pandemic.

The central section of the £18bn railway is due to open next summer, having originally been scheduled to be completed at the end of 2018. 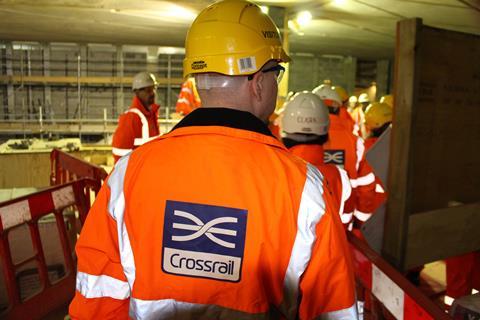 Crossrail sites such as this one, seen before the coronavirus outbreak hit, are now having to follow social distancing rules

In a letter to London Assembly transport committee chair Navin Shah, Wild said: "There is no denying that covid-19 will have an impact on the programme, although it is too early to tell what that will be.

"We have still been able to continue with essential and business critical work across the programme. With much of the central section now being substantially complete the focus has been on completing software development for the signalling and train systems along with the safety assurance certification for the railway."

In his letter, which was sent earlier this month, Wild said station enhancement works on both the eastern and western branches had been put under review by Network Rail.

The deal, which is worth almost £20m, will upgrade Ilford station in east London and Romford in Essex – Crossrail’s eastern terminus.