Cost of decarbonising all UK homes could be £200bn cheaper than other estimates, says Savills

The cost of decarbonising UK homes could be almost £200bn cheaper than previous estimates, according to Savills.

The property firm has calculated that £330bn is needed to retrofit the UK’s 29 million homes with energy efficiency improvements needed to meet government net zero targets.

The Construction Leadership Council has previously estimated that a national retrofit strategy would cost at least £500bn over the next two decades. 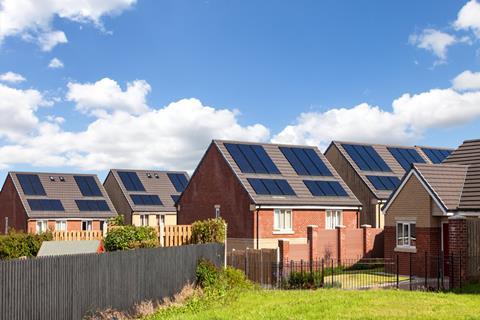 Residential energy efficiency consultant Parity Projects has said the cost could be as much as £524bn, with £168bn of investment coming from the government.

In its heat and buildings strategy, published last month, ministers said they wanted all homes to achieve EPC level C by 2035.

Currently, nearly a third of homes in England and Wales still carry an E, F or G EPC rating.

The strategy proposed £5,000 grants for homeowners to install heat pumps to replace their gas boilers.

It also said that any programme to decarbonise homes should take a ‘fabric-first’ approach with energy efficiency retrofits carried out before installation of new heating systems, although the strategy did not include details of how this would be done.

The estimated cost of upgrading a home with an EPC rating of D is around £6,500, according to the research but the £179 annual cost saving this yields means it would take 36 years to pay back the initial investment.

The firm said: “Decarbonising heating sources needs to go alongside improving the energy efficiency of our homes, but as things stand, energy cost savings and small changes to home values are currently not enough of an incentive for many homeowners who won’t see enough of a return on investment compared to other home improvements, to warrant the expenditure”.

The government has also suggested that mortgage lenders could be forced to disclose the EPC ratings of properties they lend to.

But Savills said this would not go far enough as more than 10 million homes are owned outright, an increase of 1.6 million in the last decade.

The firm argued that this means discounts and surcharges on property-specific taxes such as stamp duty and council tax would have to be considered by policymakers.

But it added that these interventions are likely to be highly politically sensitive and could require concessions for heritage properties.

Business secretary Kwasi Kwarteng said in August that talks were underway to reboot the scheme but no mention was made of it in Rishi Sunak’s budget and spending review last week.