Costain’s boss has said the introduction of the certification system that will replace the existing CE mark for thousands of products will probably need to be delayed a second time.

Earlier this week, the government agreed to hold off launching the UK Conformity Assessed (UKCA) mark by a year until 1 January 2023 which the department for business, when announcing the news, called the “the final deadline”.

But Alex Vaughan told Building the industry, through the Construction Leadership Council, had been pushing for the delay to be twice as long. 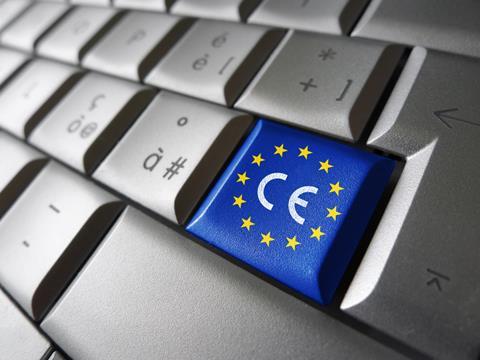 The Costain chief executive added: “We [the industry] have been pushing for an extension. Twelve months is good but they might need a further extension. The original ask was for 24 months.”

He added: “It’s good we got 12 months and the government is listening. Getting the extension is a positive step but the big thing is the testing and how much capacity [the UK] has got.”

Thousands of products need to be tested and Vaughan said the government couldn’t afford to take shortcuts to meet its new deadline. “This needs to be done properly.”

Testing capacity has been flagged as the biggest concern in order to make the new regime work and, following news of the delay, a spokesperson for the Construction Products Association admitted: “We are not in fact wholly convinced that one year will be enough time to address all the challenges at hand.”

Ministers argue the UKCA mark will allow the UK to control its goods regulations while maintaining high safety standards. The current CE markings have been used to certify products across an array of sectors in Europe since 1985.

Meanwhile, Vaughan said the firm, which yesterday returned to the black in the six months to June after racking up more than £90m of losses in the first half of last year because of problem contracts, would not be taking ground conditions risks in the future.

One of Costain’s loss-making jobs has been the A465 Heads of the Valley road scheme in south Wales for the Welsh government which has been plagued by problems in the ground made worse by heavy rainfall.

Vaughan said the government’s Construction Playbook, introduced last year, showed it was serious about making sure contractors were getting a fair deal – and not being asked to shoulder an unfair amount of risk.

“The government is getting it. They’ve seen what’s happened with Carillion, the Aberdeen bypass [the loss-making job for Transport Scotland completed by Balfour Beatty and Galliford Try] and us. They want a strong supply chain and the Playbook is an important step in enabling the right decisions to be made.”

Costain has recently beefed up its governance structure after coming unstuck last year to the tune of racking up a £96m pre-tax loss but analysts are expecting the firm to post pre-tax profit of between £26m and £29m for 2021.