Costain boss to start as Keltbray chief executive next week

Keltbray has confirmed that Darren James is joining the firm from Costain as its chief executive next Wednesday. 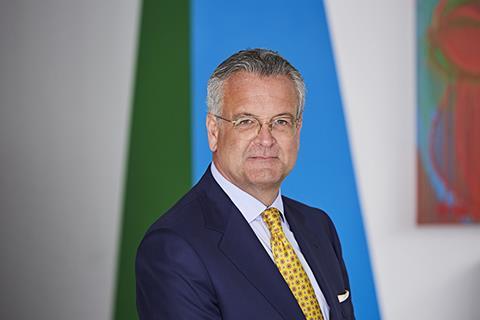 Kerr (pictured) said: “[James] brings with him extensive experience across the key UK construction and infrastructure sectors where we operate.”

James ends a 30-year association with the listed contractor which stretches back to 1988 when he joined the firm from university. He was appointed chief operating officer last May, the month former chief executive Andrew Wyllie stepped down, having previously been its managing director of infrastructure for 11 years.

Earlier this month, Costain announced a £100m rights issue to shore up its balance sheet after nosediving into the red last year.

Keltbray has been searching for a new chief executive for a number of months to head up a business which has moved away from its traditional background of demolition and piling in recent years to target new markets including rail work, power and distribution and concrete structures.

James, who has spearheaded Costain’s push into HS2 work, along with nuclear and Highways England deals, will team up with several former Costain colleagues when he arrives. These include Keltbray’s group commercial director Peter Suchy and its specialist contracting services managing director John Price.