The 1930s venue in the West Midlands being upgraded by collapsed builder Shaylor Group has said it expects to appoint a replacement firm this autumn.

Work on the £38m contract at Wolverhampton Civic Hall stopped when Shaylor went under in the middle of last month.

But a spokesperson for the city council said it was “confident” a replacement would be found for the failed contractor over the coming months.

She said: “We’re progressing with the scheme and we are confident we will have a new contractor in place in the autumn.” Work is due to complete in 2021.

READ MORE: Shaylor could owe more than £25m to creditors

Artists to have played the venue, which opened in 1938, have included the Rolling Stones, Nirvana and the lead singer of Led Zeppelin Robert Plant – a well-known fan of the city’s football team.

The council’s director of regeneration, Richard Lawrence, said firms had already expressed an interest in taking on the job.

Last week, Lawrence told a meeting of the council: “We’re confident we will deliver the scheme within the scheme timetable and budget.”

He added: “The collapse of Shaylor as an entity was unforeseen – we undertake due diligence as part of the original contract and subsequently before the variation of the contract in February or March, both times there was no insight they would cease trading.”

Shaylor’s administration ended more than 50 years of trading with the firm first set up in 1968.

FRP Advisory has been appointed administrator with some estimating that creditors could be up to £25m out of pocket. 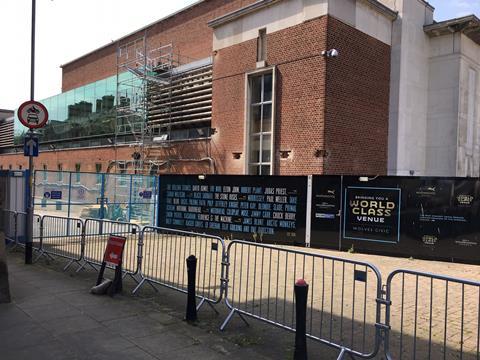