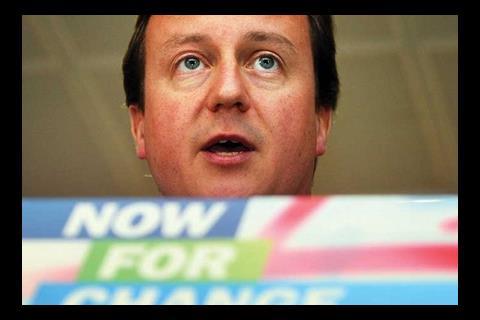 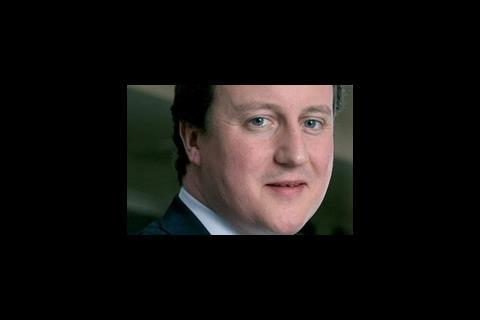 Housebuilders and planning consultants have warned they are noticing a slowdown in the local planning process, in anticipation of Tory proposals to rip up the planning system.

The news comes in the week Conservative leader David Cameron launched the party’s much-delayed planning green paper, which sets out plans to abolish centrally imposed housing targets and give local councils sole power to decide the scale of development.

However, planning consultants said they had already seen local authorities in some areas attempt to frustrate planning applications and moves to increase housing numbers allocated in local plans.

Building understands the slowdown began after a letter was sent last summer by shadow communities secretary Caroline Spelman to Tory councils, advising them of ways to thwart government attempts to increase housing before the election. The letter was subsequently leaked to a national newspaper.

Roger Hepher, head of planning and regeneration at Savills, said: “The letter has had an effect already, with some authorities on go-slow, pending the election. Unfortunately this green paper will probably only reinforce that.”

Ian Tant, senior partner at planning consultant Barton Willmore, said: “A few councils have gone slow, but for some that is as much to do with internal restructuring or re-organisation. But there are those picking up the signal that a Tory government is likely to take the pressure off.”

Many housebuilders and developers have reacted with dismay to the details of the green paper, which has been accused of handing too much power to potentially Nimby communities. This is despite the inclusion of measures that have been broadly welcomed by the industry, such as a presumption in favour of development (see box, above right).

The Tories say a combination of measures will head off concerns, including early consultation with communities to ensure buy-in through “collaborative planning” and the introduction of financial incentives to support development.

However, Jeremy Edge, principal at Edge Planning and Development, said: “I fear these plans will be disastrous for development, and if these policies come to fruition we could see several years of difficulty in securing planning consents for housing.”

For & Against the green paper

FOR: The opposition to the Conservative green paper has come from predictable quarters: housebuilders, consultants and Labour lobbyists. Like unreformed Stalinists they bemoan the loss of housing targets, unreflective of the failure of Labour’s regional spatial strategies to actually deliver the housing needed. David Cameron promised a radical decentralisation, and the green paper has taken that to its logical conclusion and added a hugely important principle: “a presumption in favour of sustainable development.” The risk for them is a reversion to Nimbyism as the less attractive flipside of localism, but with local leadership, development can be embraced by a local community.
Nigel Moor, independent planning consultant

AGAINST: The Conservatives’ apparent belief in the transformative power of “collaborative planning” is either naive idealism or, more likely, a cynical figleaf for local Nimbyism. They have rejected all adequate safety nets to prevent local authorities setting minimal housing targets, in their rush to remove all restrictions on them. It is extraordinary that the Tories should propose a system of competitive bribery to overcome neighbours’ objections to new development. For years they denounced planning gain as bribery. Yet they seem to be embracing a system that could be a blink of an eye from corruption.
Roger Humber, strategic policy adviser, House Builders Association