Fit-out specialist BW has said the coronavirus crisis will hit turnover by more than 10% this year as the firm confirmed the slowdown had forced it to cut jobs.

The company, which last year completed work on a scheme to turn a former Royal Mail sorting office in London’s West End into the new UK headquarters for US management consultant McKinsey & Company (pictured), said it had been expecting revenue to be around the £220m mark this year. 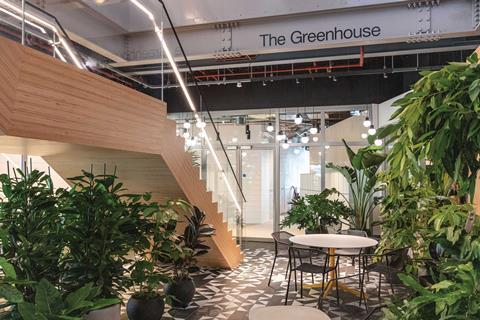 But sales and marketing director Anthony Brown said the figure would be around £195m at the end of this year.

Brown, who is also a co-owner of the business, said one in five of the jobs it was bidding for were stopped dead in their tracks by nervous clients because of uncertainty caused by the pandemic while two more jobs were cancelled completely.

He added: “It’s probably set us back a few years in terms of target. The [turnover] fall is entirely down to covid. Around 20% of projects in our pipeline fell off a cliff but around a third have come back.”

The firm, which employs 240 people, had furloughed 19 staff at the start of the crisis and Brown said they had been made redundant with consultations finishing last week.

Brown said the biggest challenge facing BW, which currently has 21 sites in London and the Home Counties, was getting workers on and off safely.

The firm is working at around 70% capacity with Brown expecting it to remain around that figure for some time because of social distancing protocols which were relaxed to 1m plus by the government at the weekend.

Brown said: “That feels about right. Until the virus goes away completely or is a very minor threat, I wouldn’t want to change much we are doing.”

BW works on jobs with a contract value of between £1m and £50m and Brown said he had seen some tender lists with firms going in at up to 10% cheaper than rival bids. “We won’t be doing that,” he added. He said clients had been paying their bills on time and some were even settling two weeks early.

The firm said turnover in 2019 was up 16% to £201m but pre-tax profit fell to £2.3m from £5.2m. Brown said this was a result of investing in new staff and bringing in two new managing directors, Max Steward from ISG and Kevin Mulligan from Goldman Sachs, where he was working on the US investment bank’s new headquarters building at Farringdon, during the reporting period.