Firm says 13% of employees have gone

The developer behind a £500m plan to turn the former London Fire Brigade headquarters into new homes has said it has made 13% of its workforce redundant because of the covid-19 pandemic.

U&I did not say how many staff were affected but according to its last set of report and accounts, the firm employed 120 people in the year to March 2019 – meaning around 16 people have been axed. 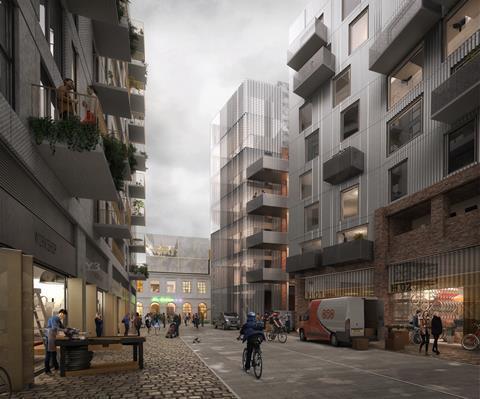 The Faraday Works scheme will include nearly 500 homes

It said the redundancy programme, announced in the middle of April, completed at the end of June. It said the initiative would save around £1.4m a year.

The firm, which has also furloughed 17 staff, said it had saved a further £1.3m with salary reductions for senior staff and cancelled bonus payments while it has suspended its final dividend worth £4.4m.

It said it will reduce its capital expenditure by £33m this financial year as it prioritises “our more liquid, higher margin projects where there are clear milestones to monetisation - such as securing planning consents and completing site infrastructure”.

The firm made a £56.3m pre-tax loss in the year to March because of provisions on historic projects and a revaluation of its investment portfolio.

U&I’s scheme at the former London Fire Brigade HQ on the Albert Embankment will see two towers of 26 and 24 storeys built behind the 1937 grade II-listed Thames-side building.

But last month communities secretary Robert Jenrick said he wanted a second look at the scheme, given the green light by Lambeth council last December, and called it in.

Other schemes U&I is working on include a £200m mixed-use scheme at the Faraday Works site in Greenwich, south-east London, and a mixed-use project on land opposite Borough Market once earmarked for the Jubilee line extension.