CPA downgrades output growth forecast by nearly a quarter for 2022

Growth in construction output will be almost a quarter down on previous forecasts next year, the Construction Products Association has said.

In its latest industry predictions, the CPA has revised its growth forecast for 2022 down from 6.3% to 4.8% because of supply chain issues.

Skills and material shortages, cost inflation, rising energy prices and a shortage of HGV drivers are all expected to put “unprecedented” constraints on growth for the rest of this year and into the next, the report said.

But the forecast also increased predicted growth for the whole of 2021 to 14.3% from 13.7%, with the rise driven by a 24% growth in infrastructure output. 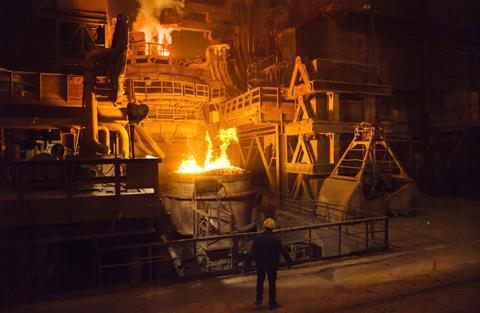 Five-year government spending plans for rail, water, roads and energy projects, including major schemes such as HS2 and Hinkley Point C, have helped the sector to weather this year’s turbulence.

Private housing output was also forecast to grow by 17% this year, although the figure for next year has been downgraded to 6% from the 8% forecast in the summer because of concerns about inflation and consumer confidence in the second half of 2022.

And while private housing RMI is forecast to grow by some 20% this year, output is expected to remain flat throughout 2022.

Despite most small contractors having order books stocked with renovation projects for the next six months, the CPA warned that skill and product shortages are beginning to strain capacity.

Meanwhile, a surplus of office space because of the widespread popularity of working from home means there are relatively few new office tower schemes in the pipeline.

Demand for retail space is also still below pre-covid levels following the pandemic’s acceleration of a long-term trend towards online shopping rather than the high street.

He said: “Large contractors and major house builders have a greater certainty of demand over the 12 to 18-month horizon and are better able to plan and purchase in advance as well as adjust to changing economic situations.

“Small firms, however, are more focused on flexibility and have less visibility over demand going forward. Plus, they have less ability and resource to plan and purchase in advance.

“They often turn up at builders merchants on the day to purchase what they need for that day or the next few days.

“As a result, it leaves their business more exposed to availability issues and their cash flow exposed to sharp rises in costs.”

In its summer forecast, the CPA said that sharp cost increases for products and skilled labour had become the key constraint on growth and were likely to persist for the next 12 months.

The industry was also warned last week that a critical shortage of magnesium could lead to the “imminent” shutdown of steel production facilities.

A group of trade bodies for the metals industries said Europe was expected to run out of magnesium – which is needed to produce key alloys used in – by the end of next month.

The shortage has been caused by the closure of magnesium plants in China, which are responsible for 95% of Europe’s imports of the metal.