Tom Nicholson to team up with former boss at housebuilder 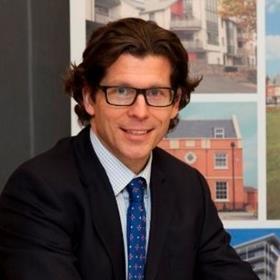 Another Galliford Try executive has left the business to join housebuilder Crest Nicholson.

Tom Nicholson has been appointed chief operating officer and will start his role at the end of the month.

Nicholson (pictured), who will also take a spot on Crest’s executive board, had been at Galliford Try for 23 years after joining Try Homes from Berkeley Group in 1996.

He eventually made his way up to the executive board at Galliford Try where he was the divisional chairman of the group’s Linden Homes arm.

Galliford Try’s former chief executive Peter Truscott left the firm in March after nearly four years in the role to take up the position of Crest’s chief executive this September.

He is replacing Patrick Bergin, who left after just one year.

Nicholson will report directly to Truscott.