Consultants working on schemes including Aecom, WSP and Arcadis 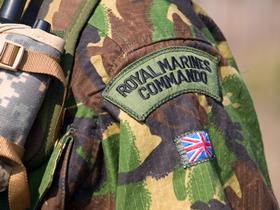 Bid target Galliford Try has dug in to claim the spoils on a brace of deals in the defence sector.

The firm, which earlier this week told Bovis Homes that a bid spearheaded by its former chief executive Greg Fitzgerald to buy its housing and regeneration arms was too low, has nabbed deals worth £31m to build training and residential space.

The largest is a £23m scheme to build facilities to house a joint RAF/Qatar Emir Air Force squadron at RAF Coningsby, in Lincolnshire, following the sale of 24 Typhoon fighter jets to Qatar.

The buildings will be built using part modular and part traditional construction methods, with ancillary buildings to include aircraft hangars, flight line shelters and a training building.

Further south, Galliford Try has been picked by the Defence Infrastructure Organisation, the estates arm of the Ministry of Defence, to build a new accommodation block for personnel at a Royal Marines training centre near Lympstone, Devon.

The £7.9m contract will see the firm build an 181-bed block for junior ranks and supporting officers, in addition to a communal area.

And it will be joined on the job by project manager and cost consultant Aecom, architect Stride Treglown and engineer WSP.