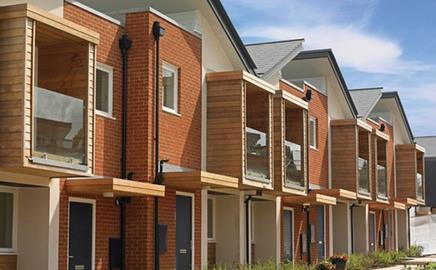 Stephen Stone, chief executive of Crest Nicholson, said the rescue deal struck with its lenders this week was good news for rival housebuilders.

Following a debt-for-equity swap with its group of lenders (see below), the housebuilder is now 90% owned by a syndicate of over 30 banks that includes Lloyds Banking Group and HSBC. The remaining 10% will be owned by seven executive directors.

Stone said the deal demonstrated the supportive stance of banks towards volume housebuilders. “It shows the only way lenders have to preserve value is to ride out the cycle. The fundamentals of the UK housing market are good and the supply/ demand imbalance will only be exacerbated going forward.”

Jan Crosby, a construction expert at financial services group KPMG, agreed. “The outcome is further evidence of lenders’ unwillingness to pull the plug on volume housebuilders.”

Rival housebuilders Taylor Wimpey and Persimmon are both locked in talks with lenders in an attempt to get refinancing deals. Barratt has also struggled with huge debt.

Prior to the dealHBOS had an estimated 45% stake in the business. The company did not reveal the stake held by Lloyds Banking Group (formed via the acquisition of HBOS by Lloyds TSB) but it is understood to be in the region of 25% to 30%.

It is also understood that Sir Tom Hunter, who invested £50m via his West Coast Capital vehicle in a joint venture with HBOS to take Crest private in May 2007, has lost about £45m of his stake and no longer holds any equity or debt in the business.

A company statement said Hunter and HBOS had acknowledged their stakes had no value for the purposes of the debt-for-equity swap.

The deal in numbers