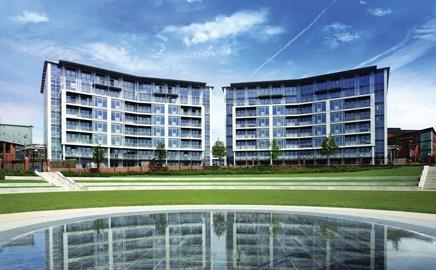 The news comes as figures from the National Housebuilding Council showed that in February sales of new houses in the UK were down by a quarter and starts on site down by a fifth from a year ago.

Until the middle of last year Crest was selling 15-20 homes a month at Park Central. Stone said: “This has fallen to half that, and the build rate reflects that.”

He added: “Fortunately this is our only scheme to have its construction programme affected by the credit crunch.”

Stone said the fall in the rate of sales actually represented a return to typical market conditions. “We’re back to the normal conditions, really. The past two years we’ve had double normal sales on the back of buy-to-let investors.”

All but 250 of the 1,600 homes at Park Central are apartments. Stone said that 75-80% of Crest’s business was in more traditional housing schemes, which rely less on buy-to-let investors and are not being hit by the downturn.

Nevertheless, Stone said the firm was changing strategy to enable it to increase housing development in the medium term.

Previously £40-50m of Crest’s annual turnover has come from trading in the land market. In future, it will seek to build most of the sites it owns, aiming to raise production from 3,000 to 5,000 homes a year by 2012. Receipts from land sales would fall to a few million, Stone said.

For more on the credit crunch search www.building.co.uk/archive