Crossrail to be named Elizabeth line 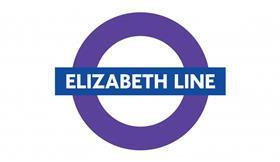 Crossrail is to be named the Elizabeth line after Her Majesty the Queen, when it opens in December 2018.

The announcement was made by Mayor of London Boris Johnson as The Queen visited the under-construction Crossrail station at Bond Street. He said the Elizabeth line would provide “a lasting tribute” to the country’s longest serving monarch.

The Mayor was joined by secretary of state for transport, Patrick McLoughlin MP, London’s transport commissioner, Mike Brown MVO, the Crossrail infrastructure company’s chairman, Terry Morgan, and chief executive, Andrew Wolstenholme, as they gave Her Majesty a tour, which also saw her presented with a commemorative Elizabeth roundel.

The Queen became the first reigning monarch to travel on the London Underground in 1969, when she opened the Victoria line service and the Jubliee line was named in 1977 to mark 25 years since Her Majesty’s accession to the throne.

McLoughlin said: “Given Her Majesty the Queen’s long association with UK transport, it is very fitting that this vital link across our capital will be named the Elizabeth Line in her honour.”

Meanwhile Crossrail Ltd’s chairman said construction of the railway line was over 70% complete and on time and in budget.

He added that the opening of the Elizabeth line will be a “significant moment” for the capital.