Alastair Smart, head of development and project management for six years, has left one of UK’s biggest clients 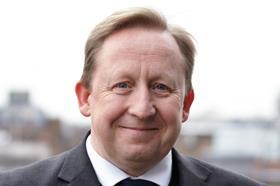 The head of development for one of the UK’s largest clients, the Crown Estate, has left the organisation.

A spokesperson for the Crown Estate said that Alastair Smart, head of development and project management for the last six years, had resigned from the organisation.

The Crown Estate has overseen the £1bn regeneration of Regent Street over the past decade, and has a portfolio of land valued at £9.9bn including rural estates and shopping parks. Smart joined the Crown Estate from Lend Lease in 2009, where he was director of retail development.

A spokesperson said in a statement that Smart had resigned in order to “pursue fresh challenges.” The spokesperson said: “We want to thank Alastair for his commitment and hard work and we wish him every success in the future.”