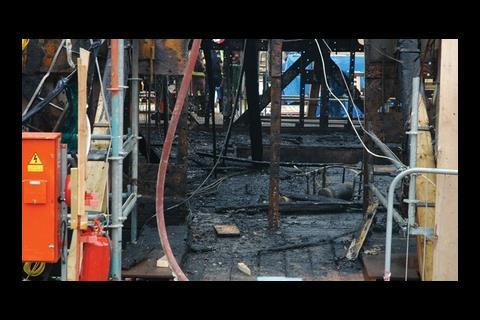 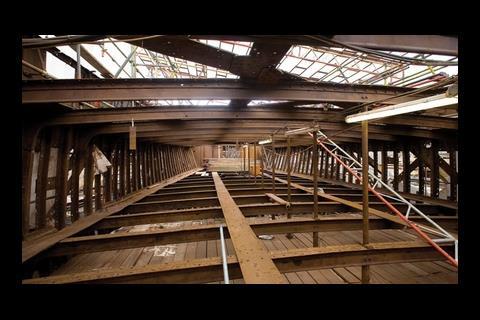 … but in spite of funding issues, restoration work is currently on track

A year after fire ripped through the ship’s hull, client insists £25m refurbishment will be completed

The £25m restoration of the Cutty Sark will not be halted, despite a fresh funding crisis, the client insisted this week.

The project, which was almost abandoned after a fire devastated the vessel’s hull a year ago, is facing a £3.72m shortfall in funding. This is in spite of a £10m grant made by the Heritage Lottery Fund earlier this year to cover the cost of the fire.

But Richard Doughty, chief executive of the Cutty Sark Trust, pledged the restoration would continue.

He said: “In terms of momentum, this project is not at risk. We have been able to commit to all of the big contracts, such as the glazing and the steel, and the project is moving forward.”

However, Doughty could not rule out further delays, adding that if the funds could not be found, then future contracts for the construction of the visitor centre might have to be phased.

Since the fire, the project team, led by structural engineer Buro Happold, architect Youmeheshe, M&E consultant WSP and project manager Mouchel, has been working to ensure the 19th-century tea clipper will reopen in spring 2010. This is just months after the date originally scheduled.

It was initially feared that the ship would be beyond repair after the blaze, which broke out in the early morning of 21 May last year, caused substantial damage to the structure and decking of the vessel in Greenwich, south-east London.

The ship’s restoration was about a quarter of the way to completion at the time.

The project was delayed for nine months, but Jim Solomon, associate director at Buro Happold, said the team had been fortunate that the damage was fairly straightforward to repair.

He said: “Most of the conflagration was building materials, fortunately. Much of the historic fabric of the ship had been removed before the works began. The worst damage was to the main decking, some of which we have had to remove. There was also some distortion to the ship’s iron frame, but we have been able to repair that.”

Solomon said that if funding was raised, the team could make up about half of the nine-month delay.

He said: “We’ve been working flat out, and that will have to continue. We would have to be extremely busy right until the opening.”

The project team is now preparing for the construction of the ship’s support structure, assisted by construction manager Heery. The project will see the Cutty Sark raised 2.7m and suspended over a visitor and exhibition space.