CZWG to scale back Arsenal regeneration 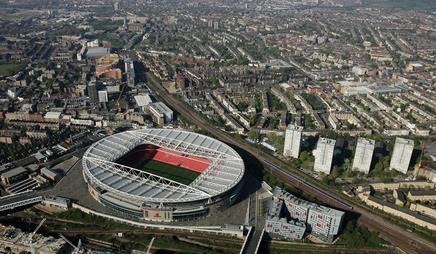 Arsenal Football Club is being forced to scale back the final part of its £390m regeneration of the area around its new Emirates stadium in north London, writes Martin Spring.

Architect CZWG, headed by Piers Gough, is revising its designs for the project after Islington council criticised the scheme for being too large.

Gough said that the downscaling was more to do with local politics than the economic downturn. He said: “We had political changes, and a change in planning officer, which conspired to redirect us.”

In a letter to the client on 28 June, Kevin O’Leary, the council’s director of environment and regeneration, criticised the “scale, mass and bulk” of the scheme. He also argued that the retail and leisure facilities would conflict with facilities on nearby Holloway Road.

In the initial plan, which won outline planning permission in 2005, the tallest of five residential blocks was 14 storeys high. At the start of this year, the architect raised this to 21. It also increased the number of apartments from 288 to 725 and replaced an indoor sports club with a cinema, fitness centre, bars and restaurants.

Gough said: “We now have to reduce the height to within one storey of the original scheme and we have dropped the cinema. But we will have nearly as many apartments as we planned and 50% of them will be affordable, which is higher than in the original outline consent.”

Arsenal has no plans to reinstate the indoors sports centre, despite being handed a petition signed by 3,000 people including London mayor and local resident Boris Johnson.

The council had dropped this requirement in exchange for a higher proportion of affordable housing and a £1.8m cash payment for sports facilities improvements.

Read more on the Emirates stadium at www.building.co.uk/archive