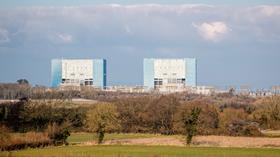 Bristol-based Dancourt Construction has appointed an administrator, making it the third subcontractor in the South West and Wales region to enter administration this year.

An industry source suggested that a rising cost of labour was troubling the company’s cash flow, however nobody from Dancourt was available to confirm this information.

The firm worked on several schools in the Britsol area, as well as at Hinkley Point nuclear power stations (pictured), the Ashton Gate Stadium in Bristol, and jobs for the universities of Oxford and West England.

The company has worked with contractors including Sir Robert McAlpine, Willmott Dixon, Vinci and Skanska, as well as developers Barratt Homes.

The administrator is Jonathan Williams, head of business recovery and insolvency at the Bristol office of accountants Bishop Fleming.

The firm’s entry into administration follows those of Bristol-based Ikon in May, and Neath-based Cuddy Group in July.