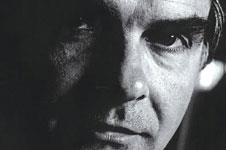 Architect will design 5,000-seat, temporary venue to maximise use of hired and reusable components

David Morley Architects has been appointed by the Olympic Delivery Authority to design the temporary Water Polo venue for the London 2012 Games.

The 5,000-seat covered water polo arena and warm up pool will be at the gateway to the Olympic park alongside the permanent aquatics centre.

The design team, which was appointed through the ODA’s Design Services Framework, will develop a scheme that maximises the use of hired and reusable components.

The venue will be delivered by contractors and suppliers through the existing ODA managed package frameworks set up to deliver a range of temporary and smaller permanent venues.

Construction will begin in spring 2011 to be completed by spring 2012 ready for test events.

In legacy the venue will be removed so that the riverside area to the north of the Aquatics Centre can be developed by the Olympic Park Legacy Company.

David Morley said: “The water polo venue holds a key position at the entrance to the Olympic park and will complement the aquatics centre and Olympic stadium. The design will be driven by a creative approach to achieving cost effectiveness and buildability.”