Developer has submitted plans to redevelop its own office into 58,000sq ft housing scheme 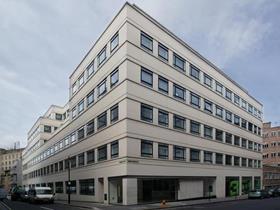 Derwent London has revealed plans to redevelop its own Mayfair offices into a major residential scheme.

In strong half-year results posted this morning, the developer said it has submitted plans to the City of Westminster to redevelop 25 Savile Row, where its offices are currently based, into a 58,000 sq ft residential development.

The scheme has now been added into Derwent’s pipeline.

Derwent said it has now also submitted plans for a 105,000 sq ft office scheme at 25-29 Berners Street in Fizrovia.

Derwent said it was taking steps to mitigate against rising construction prices, which it expects to rise by 4-6% per annum “for the next few years” based on “a consensus view”.

Derwent said it was responding by “fixing prices early based on final design information”, adding: “Our experience and long-standing relationships within the industry have helped us in this regard.”